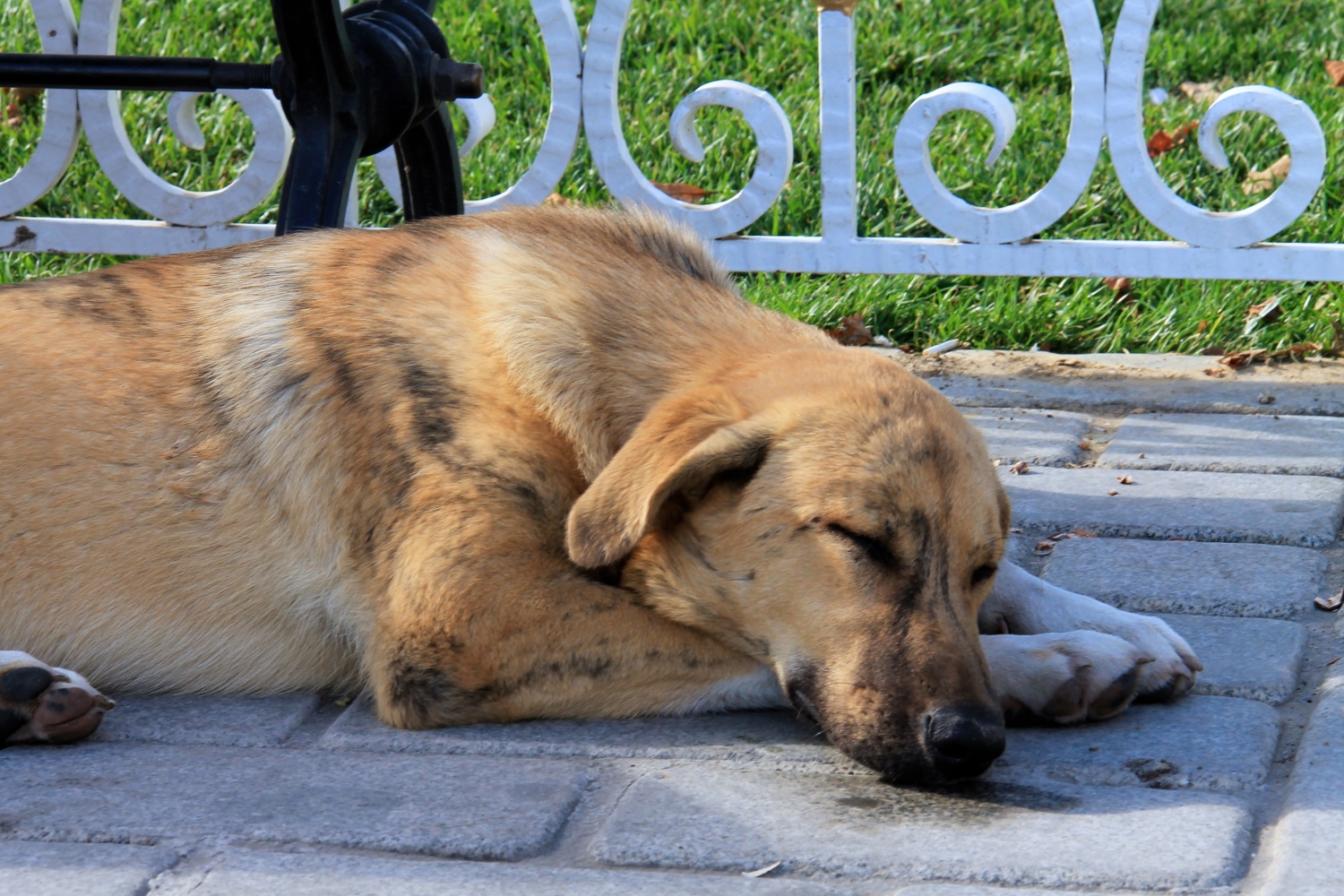 People have a common belief that stray animals are vicious and dirty. In the various countries I lived, I have noticed a clear preference for ‘purebred’ dogs, thinking that they are better behaved and cleaner. Honestly, with a good bath, all the stray animals look decent and at least as cute as the ‘purebred’ (often overbred, see my other posts on dog breeding) dogs.

When it comes to the dogs’ behaviour, I notice a direct link between how the dogs are treated and perceived, and their temperament. In Bangkok and Phnom Penh, I noticed that the stray dogs were rather mellow. People would not bother them or only feed them and treat them well, so the dogs would trust people and were generally not aggressive. However, in the countryside, the story may be different. When the dogs don’t grow up near humans and the humans don’t treat the dogs well, the dogs end up being more aggressive and fearful. In Egypt, I noticed the dogs are clearly not at ease; they run away from people, growl and bark at people, etc. I can see a clear difference in temperament when I compare the strays in Asia with the strays in Egypt and it all has to do with the environment they are raised in. Dogs are only aggressive and vicious when the people that they grow up amongst are. If children think that ‘torturing puppies’ is a game, of course the dogs will grow up to not trust people. It’s logical. I also believe that the dogs here need to be alert in order to survive – otherwise they would be run over by the careless driver (and if they hit a dog, they would feel worse about their car than that they would for the dog). I believe that this is why most stray dogs in Egypt are hyperactive, something I did not experience with the stray dogs in Asia. If you look at the way people treat the stray dogs in Istanbul, you can understand why these dogs are calm and don’t mind people coming near. What you give is what you get, and the way people or a nation treats its animals is a direct representation of the people or a nation’s progress in civilisation. Dogs are not born aggressive or fearful. Before people say that the dogs are aggressive and dirty, they should first look at themselves and see the root of this behaviour.